My roots run deep in Brooklyn Park. My mother grew up just over the border into Brooklyn Center. My uncle was in the first Park Center High School graduating class.  My parents bought their first house in Brooklyn Park near Boone and 63rd in 1974. I spent my first 24 years in that house. My parents still live there. When I was a kid the drive to Osseo or Coon Rapids was a trip to the country. Everything north of 85th Ave. was all farm land.

As Brooklyn Park grew, i grew. A couple of you who live in homes near the golf course might still have a window or patio door that I helped my uncle install in the new homes being constructed there. The business that my dad started with a friend spent some of its formative years in a business park near Fleet Farm. My first ‘real’ job was at Bill’s Superette on Boone. I continued to live at home during college.

I saw community engagement and community service all around me. One neighbor served on the planning commission. Another neighbor was a cop. Another neighbor was the sister of Brooklyn Park’s police chief. My own father and mother were engaged in school work, serving on PTOs, Site Councils, the Gifted and Talented parents’ group. The people around me truly cared for this city and everyone who lived here.

In 2000 I moved to Chicago where I lived and worked in the city, met my wife, and had our first two children. In 2009 it was time to move back to Minnesota. We moved on to the campus of Bethel Seminary so I could complete graduate school. Our youngest child joined the family during this time. 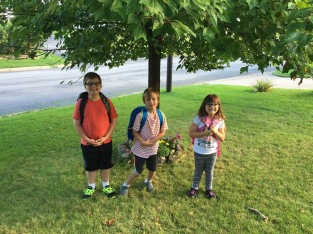 In 2013 it was time for us to buy our first home and we started looking in Brooklyn Park right away. We love the big yards, the city parks, the diverse schools. Our neighbors include couples who bought their homes new in 1962, and new immigrant families. Our children attend schools with people from every race and dozens of first languages, they learn about cultures and religions that I never had the opportunity to be exposed to. There is no place we would rather raise our family.